The SMA is governed by a Board of elected Directors who are all SMA Members. As a group the board are responsible for policy and the overall strategy of SMA, delegating management and running the SMA to staff who also advise the board. SMA Board directors are volunteers and actions that the board wish to take are decided by the board as a whole at regular meetings. Additional co-opted Directors with skills that the board feel will be useful to governance (and may not be SMA Members) may be invited to serve at the discretion of the SMA Board until the next AGM. A Director’s term of office is for three years, after which they may choose to stand again for election or retire.

Members who have questions or require information on strategy, Association policies and aims, and the overall direction of the SMA can address emails to the board at : board@stagemanagementassociation.co.uk

The SMA’s current Board of Directors

At the 2020 SMA AGM, existing board members Emma Hansford and Ruth Sidery were re-elected to the Board for a second term, Owen Thomas, previously co-opted earlier in the year, was formally elected for a full term, and Katherine Montagu and Arran Pallan were newly elected to the Board. The SMA welcomes them and looks forward to working together over the next 3 years.  Ali Wade, Emily Palmer, Amy Wildgoose and Julia Reid  continue their current terms.

Sarah Yelland retired from the SMA Board at the 2020 AGM, after serving for a total of 7 years. The SMA thanks her for her tireless work and support for the SMA.  Katherine Montagu left the SMA Board during 2021 due to changes in her working schedule which would prevent her giving SMA the time she wished.  SMA thank Katherine for her work on the board including updating staff contracts and the handbook.

Ali studied Classics at Durham University, followed by a postgraduate course in Stage Management and Technical Theatre at Guildford School of Acting, and has since enjoyed several decades worth of experience across a wide range of live entertainment from Commercial Theatre touring and West End contracts to Olympic Ceremonies and arena shows. Currently, she predominantly works as a Company Stage Manager in London-based venues.

Recent credits include Company Stage Manager on Life of Pi, The Starry Messenger  and The Height of the Storm in the West End for Simon Friend Entertainment, Cats at Pattihio Theatre, Limassol, and contracts for Regent’s Park Open Air Theatre and Rose Theatre, Kingston.

Ali rejoined the SMA Board in 2019, having previously served a full term from 2013-2016, with one of her goals being to help increase participation in all areas across the Association. She has also supported the SMA’s communications since 2012 by leading on our social media output, edits “Standing By”, our student newsletter, and represents the Association at trade shows and through education visits.

Emma has been a member of the SMA for several years and joined the board in 2017, as she felt it was time to make a more active contribution to the Association.

Emma has represented the SMA at trade shows and through education visits, and is one of our board members representing the SMA at Stage Sight meetings.

In addition to her extensive education work at BOVTS, where she was also responsible for developing the Film and Television strand for the Stage Management course, Ruth has designed and delivered short SM courses for Bristol University, University of the West of England, NODA and Theatre Royal Bath’s Education Department.

Having joined the SMA board in 2017, Ruth has a passion for keeping the standards of professional Stage Management high and championing the work that we do in an ever-changing and challenging world. Ruth represents the SMA in the South West of England, at PIPA networking  meetings and also sits on the AAPTLE committee. 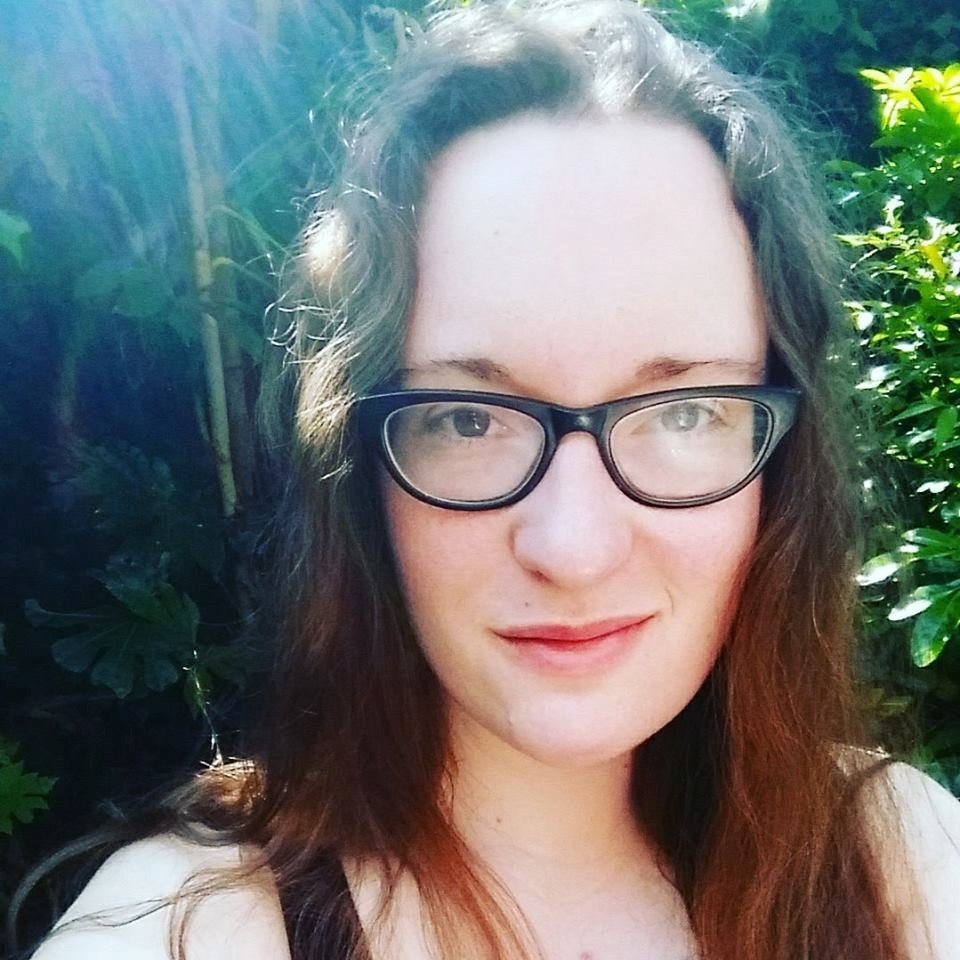 Jane studied drama at Hull University and now works primarily as a freelance Deputy Stage Manager based in the North of England but also works further afield and on touring productions.

Recent credits include Peter Pan at Hull Truck, Driving Miss Daisy at York Theatre Royal and Princess and The Hustler for Eclipse Theatre.

Having been an SMA member for several years, Jane is keen to help develop the Association’s presence in the North of England, where she has recently represented us at PIPA networking meetings, and to help support opportunities for networking and training.

Amy studied Drama and Theatre Arts at Goldsmiths College, University of London and then completed an MA in Stage Management at Royal Welsh College of Music and Drama. She has since worked as a freelance Stage Manager for 9 years and has enjoyed a varied career.

Representing the SMA in Wales, Amy feels that she can contribute to the SMA with their outreach to the rest of the UK and was part of the team which organised the recent Wales Stage Management Networking Meetings. 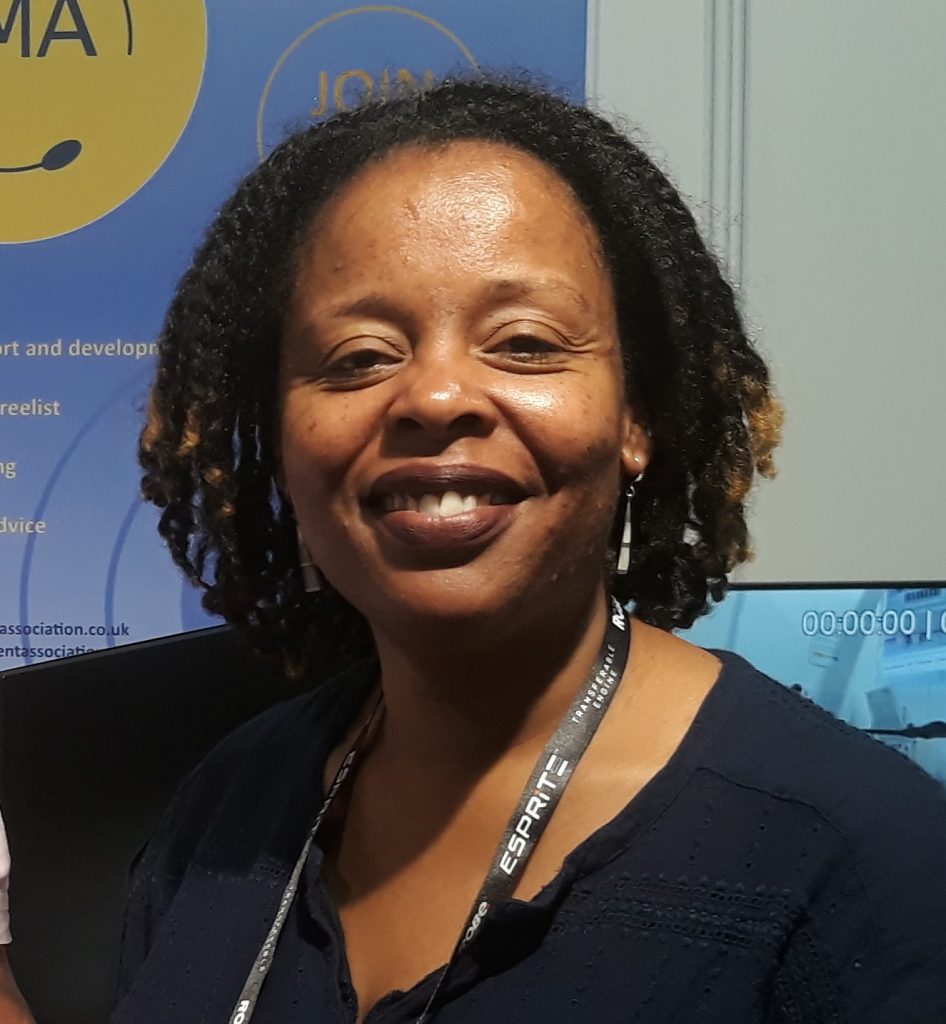 Julia trained in Stage Management at Central School of Speech and Drama and has since enjoyed several decades of experience across the fields of repertory, touring and commercial theatre, now working predominantly as a Company and Stage Manager.

Recent credits include Stage Manager for Light Falls for Royal Exchange Theatre, Bollywood Jane and The Color Purple for Curve Theatre, and Barber Shop Chronicles for National Theatre and Fuel.

Having joined the board in 2019, Julia represents the SMA on the International Relations Committee, recently set up by our friends in the USA based Stage Managers Association. She has also represented SMA at trade shows and through education visits.

After completing a degree in Ecology at Durham University, Owen attended Bristol Old Vic Theatre School’s two year Professional Stage Management training. Since then he has worked predominantly in the Repertory sector, in which he has covered the wide breadth that this field entails from musicals to community tours. His career has also included ballet and small scale touring. He is based in Edinburgh and works with most of the producing houses in Scotland, with occasional forays down south.

Having joined the Stage Management Association shortly after entering the profession, Owen was keen to help develop the association’s presence in Scotland. Co-opted to the board in March 2020 to serve as our representative in Scotland, he has set up a regular diary of online networking events for Stage Managers north of the border and is now a fully elected board member. Owen is also an SMA representative on the AAPTLE Committee.

Arran trained in Stage Management at the Royal Birmingham Conservatoire and now works predominantly as an Assistant Stage Manager, Deputy Stage Manager and Props Assistant, based in the West Midlands. He is also a Freelance Task Force Member, sponsored by Belgrade Theatre, Coventry and a member of Freelancers Make Theatre Work.

Arran is passionate about increasing diversity in offstage roles, and in particular Stage Management, and feels that he can support the SMA in stepping forwards in this area and in exploring ways of making sure that there is diverse representation across the theatre industry. He is keen to make sure that freelance Stage Managers have a voice at all levels and believes that the SMA has an important role in making this happen.  Arran is now taking the lead on EDI initiatives in SMA 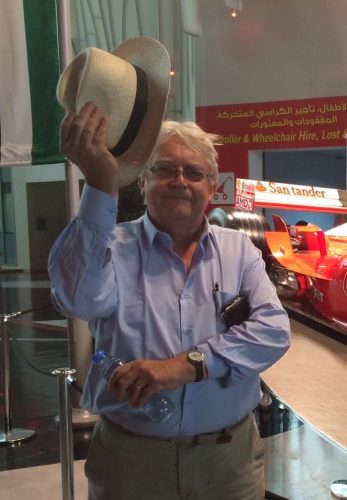 Terry trained in Stage Management at Central School of Speech and Drama. Repertory in Scotland and England led on to West End shows, then via opera to many years of Ballet in the UK and overseas.    A seven year stint as Production SM in Canada was followed by ten years running a Scenery company in London.

TLD tried retirement but people kept phoning to ask him to take shows out on the road!

Principle interests are safety and respect in the workplace. In connection with that he has written Guidance Notes for the ABTT and the SMA, co-authored Reset Better Principles and Charter and Theatre Green Book’s Stage Management section.

Terry works as PM and CSM autumn to spring and as a commercial yachtmaster in the summer.